Following the successful launch of the Festival Supplier Awards in October 2014, organiser AMP Events has confirmed that they will return for a second outing on 28th January 2016. The celebration dinner and awards ceremony will be held at one of London’s most popular venues, The Hurlingham Club.

Paul Allott, commercial director of AMP Events commented: “We’re delighted to confirm that the Festival Supplier Awards will return in January 2016 and that they will be held in London. The feedback from the inaugural awards was tremendous, everyone had a great evening and really enjoyed being part of the event. We want to build on that success and we firmly believe that bringing the industry together at the beginning of the year is a great way to achieve this.”

“The festival industry in the UK continues to develop and has a much broader remit than music alone – food, sport, hobbies and culture all play their part. Hugely popular events like Goodwood Festival of Speed, Taste, British Summer Time, Hay Literary Festival, Eisteddfod and the Chelsea Flower Show continue to flourish. The quality and expertise of our event suppliers plays a large part in their success. It is important that there is a dedicated awards that celebrates their efforts and contribution,” adds Paul.

The categories for 2016 cover everything from; barriers and bars to temporary structures and ticketing. Several new categories have also been added to the previous list with entries for this year’s awards due to open on August 24th. These include a new award for Best Festival Engineering / Bespoke Structure, Best Festival PR Agency, Best Festival Experience and splitting the Best Staging category into two to recognise the changes for crowds over and under 30,000 people.

The full list of categories for the 2016 Festival Supplier Awards can be viewed here https://www.festivalsupplierawards.com/categories/.

To request an entry form email awards@festivalsupplierawards.co.uk or call 024 76992011.

Entries for the 2016 Festival Supplier Awards will close on 30th September and the shortlist will be announced on 21st October. 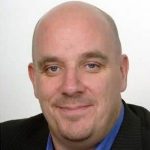